» Fuglsang søger udklædte til to begivenheder 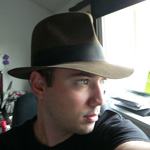 
From the Orlando Sentinel, a sad story from Orlando regarding the Indiana Jones stunt show at Disney's Hollywood Studios:

Stunt performer Anislav Varbanov, 30, was fatally injured during a rehearsal for the " Indiana Jones Epic Stunt Spectacular." He was doing a tumbling roll after 7 p.m. when he was hurt.
Disney workers dialed 911 at 7:34 p.m. to report that a cast member sustained a head injury. Varbanov was rushed to Florida Hospital Celebration Health, where he was pronounced dead 8:53 p.m., Orange County sheriff's deputies said.
The Indiana Jones Epic Stunt Spectacular, known colloquially as "Epic" to Disney cast members, is performed several times each day at Disney's Hollywood Studios. Disney performers don't impersonate Harrison Ford and Karen Allen, the lead actors from the original Indy film, Raiders of the Lost Ark, but instead demonstrate the types of stunts used to film Indy and Marian's adventures.
"We lost a valued cast member and our thoughts and prayers are with his friends and family as we mourn his passing," said Disney spokeswoman Zoraya Suarez in a prepared statement.